They've made a name for themselves reshaping the Jewish klezmertradition to their own unique style of music. Polish Kroke have played nearly 30 years on stages throughout the world - now they are coming to Umeå.

Krokes identity is deeply rooted in klezmer music. Since the founding of the trio in the early 90s, the group have been a huge success on stages and festivals around the world with their groundbraking improvisations and suggestive sound. These days Kroke also find their influence in jazz, classical music and other folk music and are celebrated for their way of intersecting genres. It doesn't sound like anything else you've heard.

Kroke (jiddish for Kraków) were founded in 1992 by childhood friends Jerzy Bawoł (accordion), Tomasz Kukurba (violin) and Tomasz Lato (base), all three educated at the Academy of Music in Kraków. Initially, the trio played in the streets and restaurants of Krakóws Jewish quarter and had their breakthrough when Steven Spielberg came in contact with their music while filming Shindler's list. After a recommendation from Spielberg, the trio were booked by Peter Gabriel to the Brittish Womad-festival where their sucess story began. They spent the following years touring intensely, performing at prestigious festivals and venues.

The trio regularly tours Sweden and have previously made appearances in Umeå at the MADE festival and Umeå Folk Music Festival. Kroke have recorded a large number of excellent records but their brilliance is best felt and experienced live. 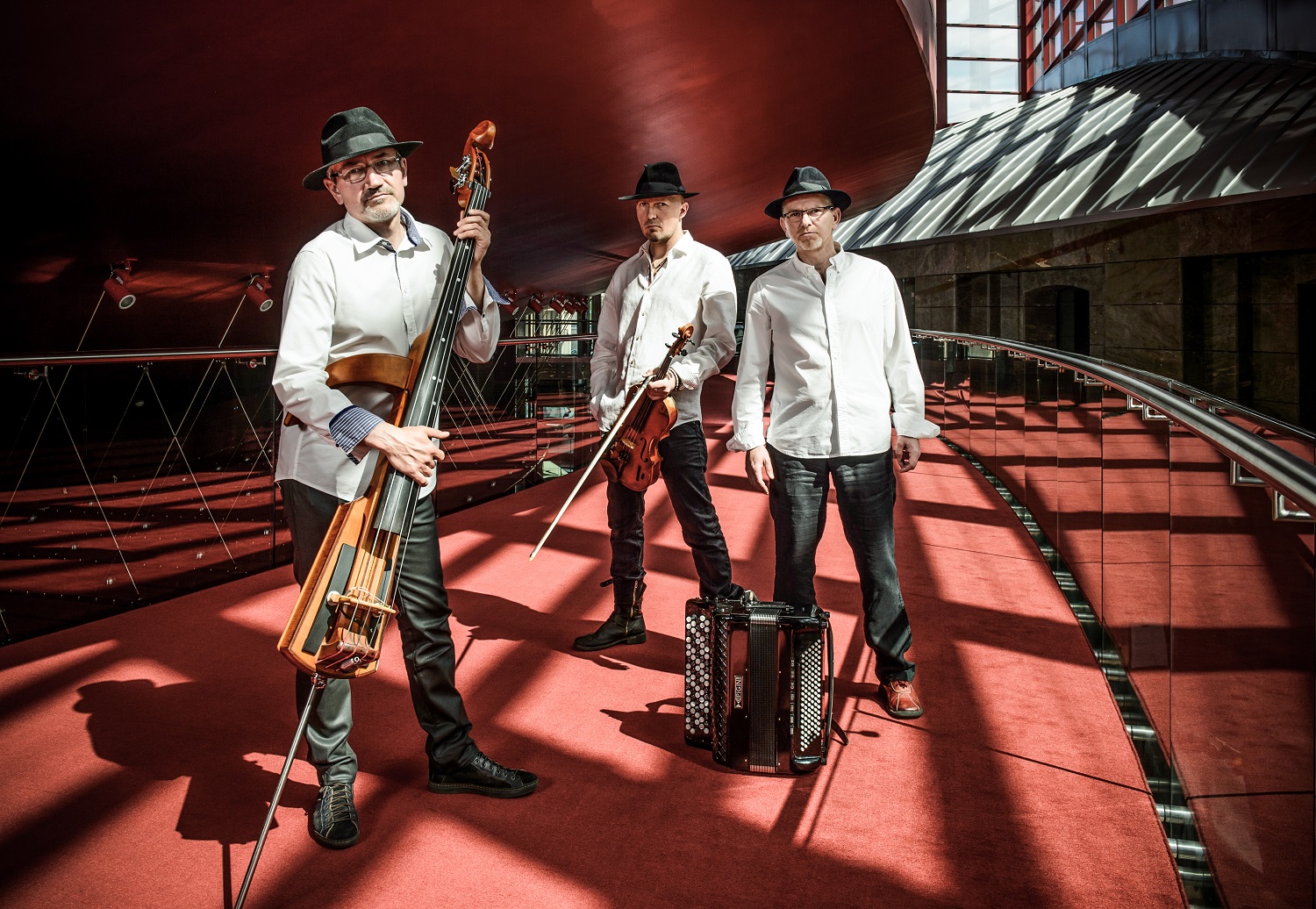 By and with Kroke